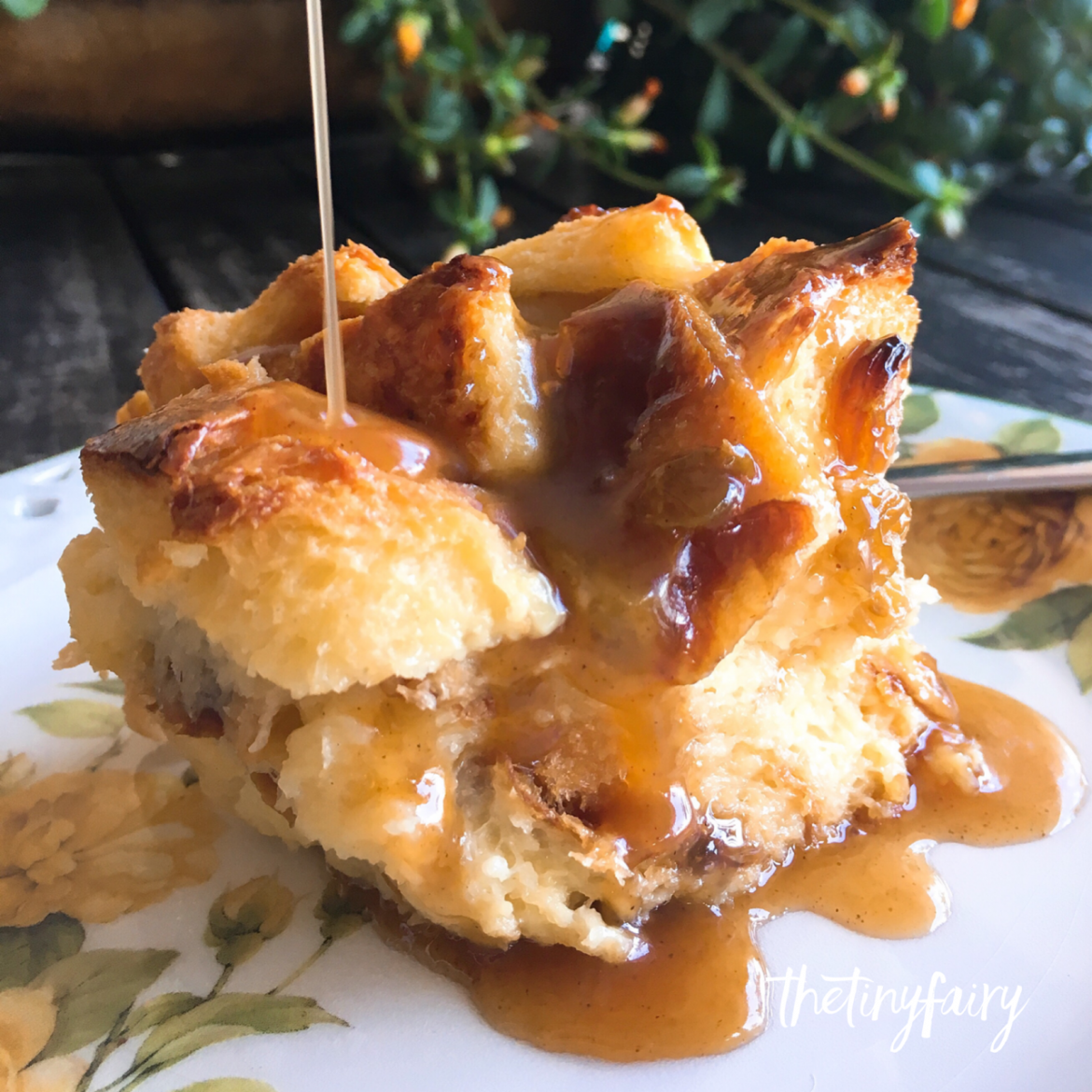 This bread pudding is hands down the best bread pudding I’ve ever eaten. I love the texture of the Challah bread with the creaminess of the custard. Topped with the Spiced Rum Sauce – it’s heaven!

Sometimes when I can’t find Challah bread, I use Brioche. Although they are similar, they are different. Challah is Kosher bread and used in many traditional Jewish meals, it is not made with butter. Brioche is French and made with butter.

Pre-heat the oven to 350° and butter a 9X13 casserole dish. Soak the raisins in spiced rum and set aside. While the raisins are getting happy, dice the Challah bread into cubes and set aside in a big mixing bowl.

In a separate bowl, break up the eggs with a whisk and beat them. Add the sugar and blend well. Add the cream, milk and vanilla extract and whisk until all ingredients are combined and the sugar has dissolved.

As with all my custards, strain the egg mixture through a sieve. This removes egg particles that didn’t mix well and ensures the custard is silky and creamy. I strain the custard over the cubed Challah bread. Using a spatula, fold the bread and custard until all the pieces are coated. Add the golden raisins with the spiced rum they were soaking in. Fold the mixture until all the raisins are evenly distributed.

Pour the mixture into the prepared baking dish and bake at 350° in the center rack for an hour. The pudding will rise in the oven like a souffle and when you take it out of the oven it will deflate some as it cools. I like to enjoy it while it’s still warm with the Spiced Rum Sauce. This dessert is easy to make and a crowd pleaser. Throughout the years I’ve made it for various holidays, dinners and potlucks always to great reviews.

Entertaining idea: If you’re having a dinner party you could bake the bread pudding in individual ramekins for a fancy presentation. 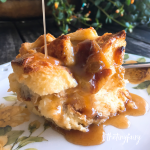 The best bread pudding I’ve ever eaten.  It’s elegant yet easy to make.  The texture of the bread with the smooth and creaminess of the custard is a winning combination.

Made this recipe for a guest for dinner, he took half of it home with him. My kids argued over the other half.

I’m so glad your family enjoyed it! It is one of my favorite recipes. Thank you!