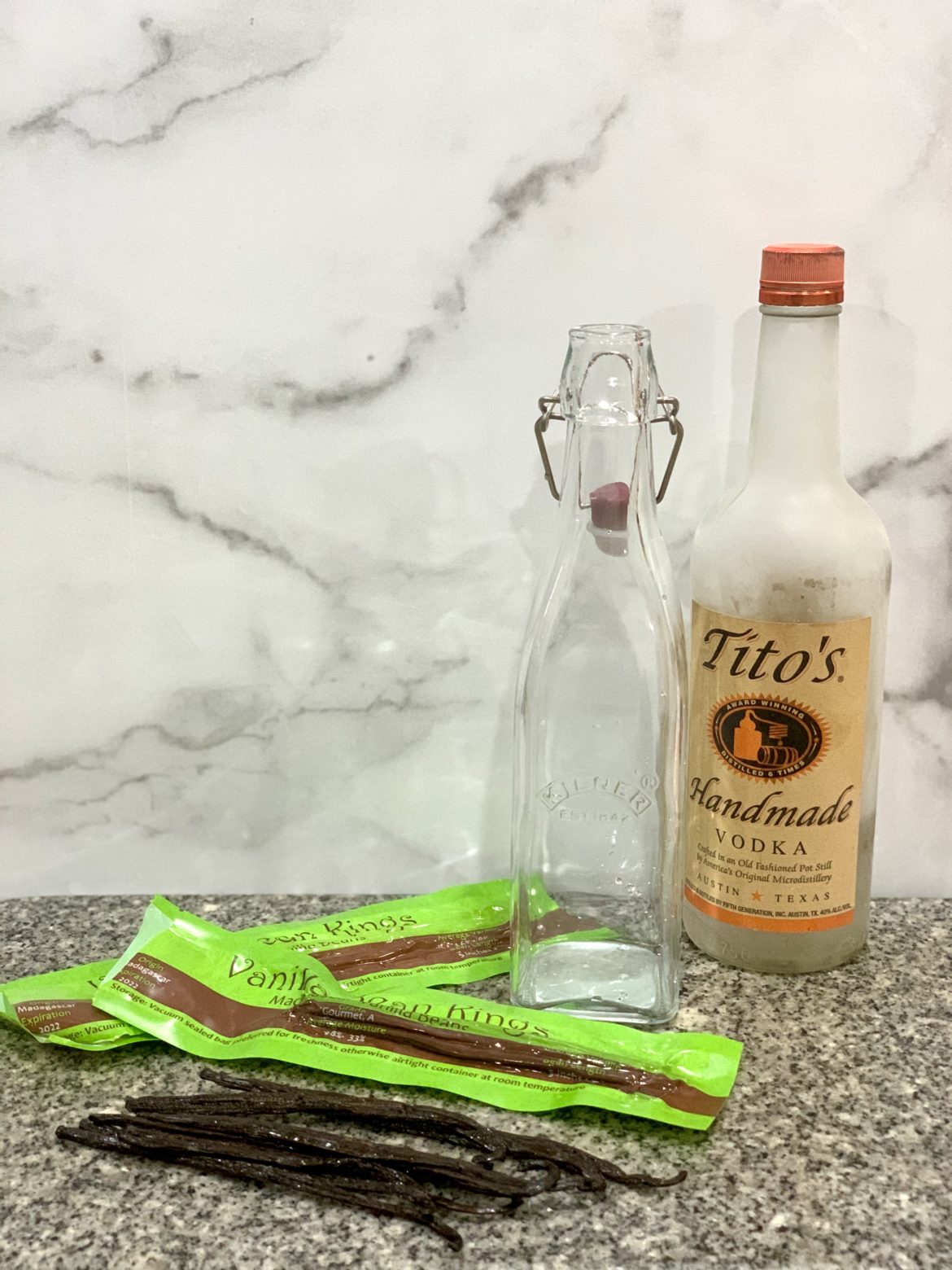 DIFFERENCES BETWEEN VANILLA EXTRACT, VANILLA FLAVOR AND IMITATIONS
For vanilla extract to be labeled as such, the FDA requires a minimum of 13.35 ounces of vanilla beans to a gallon of at least 35% alcohol to 65% water mixture. This diluted mixture is what is commonly sold at the grocery store. Having said that, not much else is regulated so the beans can be inferior quality and other additives can be added such as sugar, corn syrup and stabilizers. The vanilla extract will begin to age during the production process. After bottled and shipped it will continue to age and develop its bold flavor for two years, then it becomes stable indefinitely – even after opening, meaning vanilla extract does not expire. Vanilla flavor is made with glycerine or propylene glycol instead of alcohol, but it is still pure vanilla. This is a great substitute for anyone who is looking for an alcohol-free option. Imitation vanilla is just that, an imitation. It contains synthetic flavors to imitate the natural flavors of the vanilla bean. In the U.S., imitations must be labeled as such. If you’ve ever purchased vanilla extract or vanilla flavor in Mexico, Central & South America, Caribbean or West Indies, you most likely purchased an imitation regardless of the what’s on the label.

So what do you need to make pure vanilla extract? You need vanilla beans and at least 80 proof alcohol. It can be vodka, bourbon or rum. Ina Garten uses 12 vanilla beans to one bottle of vodka.

HERE’S HOW I MADE IT
I purchased a Kilner 18.5 ounce preserve bottle with a clip top jar for a tight seal at HomeGoods along with 2 packets of 10 Grade A Madagascar vanilla beans on Amazon. I always have Tito’s Handmade Vodka at home, in the freezer. I split the beans, packed them in the bottle and filled the bottle with vodka.

I sealed my jar and stored it in a cabinet at room temperature. At first you shake the bottle every other day, and after two weeks, you shake it once a week or so. I started my bottle November 8, 2020. Ina says you can use it in as little as 8 weeks, but she recommends waiting 6 months. I’ll update the post when the 6 months come up, but I’m inclined to wait a year to use it. Christmas cookies here we come! Let’s see how deep the color becomes. At some point I’ll transfer my starter to a large Ball jar.