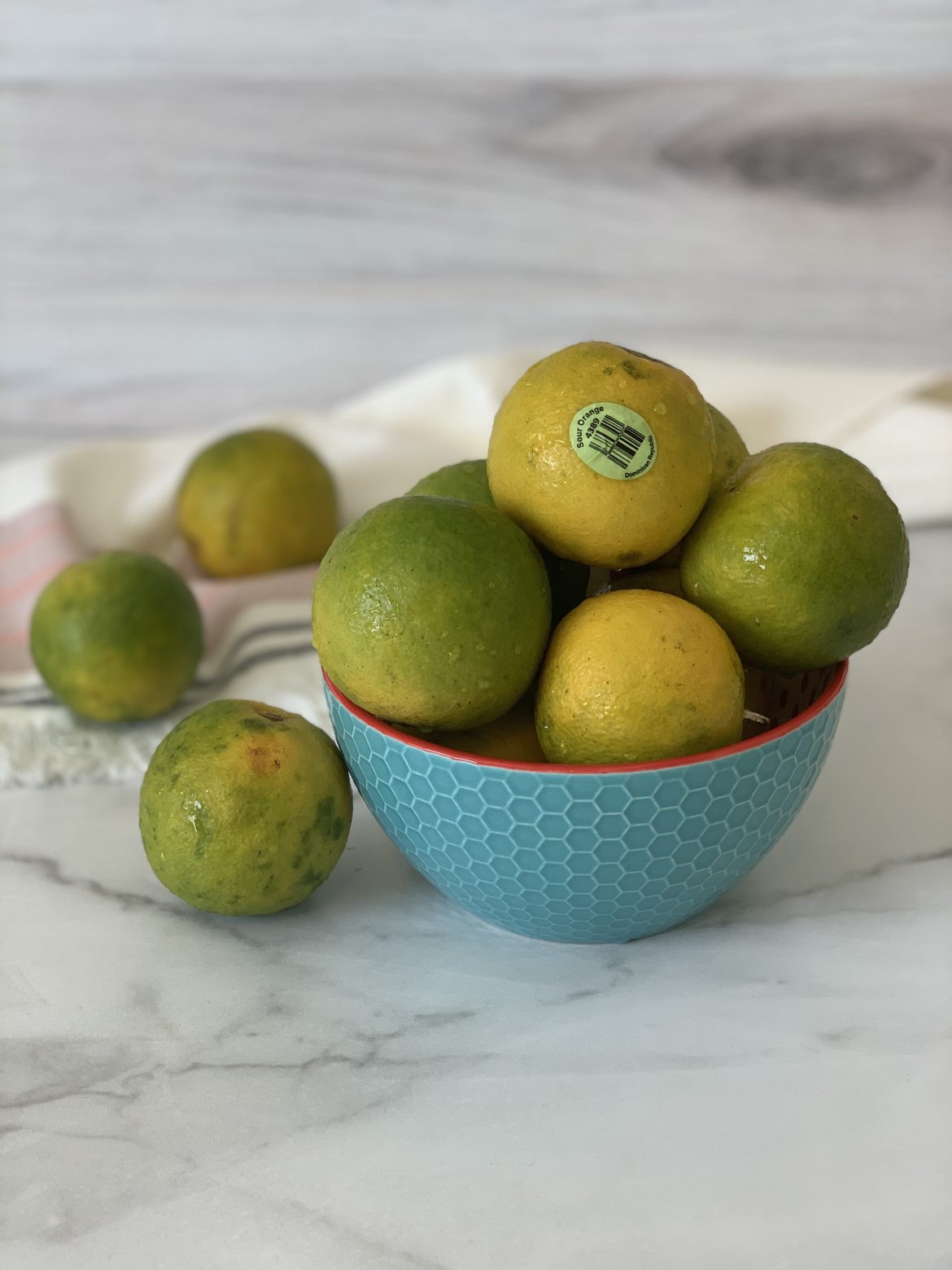 Sour Orange (aka Seville Orange and Bitter Orange) is widely available throughout the Caribbean and south Florida. This orange is strictly for cooking, you wouldn’t want to drink it. It’s a cross between a regular orange and a lime with traces of grapefruit. It’s an odd combination, but it makes the best tangy marinade for a variety of grilled or roasted meats – especially pork.

Typically, they are about the same size as a standard orange and you would select them like you would a regular orange. They are green with hues of yellow and may have some brown spots caused by citrus canker that’s not harmful to humans. This year’s crop was a bit on the smaller side, but I still wanted you to see what they look like.

HISTORY
Canker is believed to originate somewhere in southeast Asia. It was brought to south Florida through some seedlings around 1900 and eradicated by 1933. It returned so in the late 70s, early 80s Dade county took an aggressive and controversial approach to combat the disease and save our citrus industry. Growing up we had various citrus trees in our yard and we lost them all as did our neighbors.

HOW TO KEEP SOUR ORANGE YEAR ROUND
Here’s how to keep sour orange juice year round. When in season, buy about 20 oranges at a time, juice, strain the juice and freeze in little ice cube trays if you’re not going to make an immediate mojo or marinade with them. Once frozen, remove from the tray and keep in a freezer safe plastic container or bag.

Click on this link if you wish to make some grilled Cuban Pork Pinchos (Kebabs) using sour oranges.
Note: Because I used lean pork tenderloin, I added olive oil to the marinade. Traditional Cuban mojo does not include olive oil because the pig has more than enough fat.

The Three Guys from Miami have a mojo recipe fit for a pig if you want to venture out and roast a whole pig. According to them a full pig takes a quart of sour orange juice and 70-80 garlic cloves!